As far as I know I am 75% Hispanic. My mother is half Hispanic and half polish decent. My father is full Hispanic born in Mexico. My grandmother and grandfather on my dad side were born in and raised in Mexico. My grandmother is from Michoacan Mexico and my grandfather is from Mexico city (where my father was born as well). My grandmother on my mom’s side is from Jalisco Mexico and my grandfather is American with polish decent. In my family everyone speaks Spanish including me. The younger generations speak both Spanish and English. My family has a tradition of the girls have a quinceanera party. We all eat the traditional Mexican food. Orange rice, tacos, tortas, pambasos (chorizo and potato sandwich dipped in red salsa and fried), carne con chile (pork meat drenched in salsa). My favorite places I visited in Mexico would be a dress museum where there are mannequins wearing dresses that were made throughout history. Also I really loved visiting Acapulco, it had beaches, pools, palm trees, tropical animals, tropical drinks, tropical foods, etc. 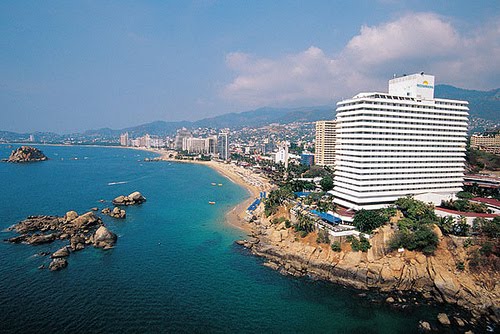 2.) Never post a picture and/or video of someone (including family members) who are not asking or willing for you to take a picture of them.

3.) Never post anything regarding the harming of a president!

4.) Never post anything regarding harming students at your school

5.) Never post a video of you dissing your teacher or anyone

6.) Try not to go to social media for the problems you have with anyone.

7.) Never post a picture of nudity of someone else.

8.) Never post videos of naked children regardless of them being your brother or sister.

9.)Never post a picture of you and/or friends taking drugs

10.) Never post a video of you or friends drinking alcohol.

This is a picture of Malcolm X, he was an Islamic black civil rights movement activist. He would sometimes march along side MLK. His birth given name was Malcolm Little which he then changed in 1964. He was born on May 19, 1925 in Omaha, Nebraska. He had 7 siblings. His father was a baptist minister who was part of the early civil rights movement. His parents taught him not to be scared of the whites, their house was then burnt down by white people. Which the police said were accidents. Because of the trauma the family went through his mother began having emotional breakdowns and was sent to a metal institution. Moving onto later years Malcolm changed his religion to Islam. He changed his last name from Little to X to signify the fact that he lost his tribal name because he believed “little” was a slave name. He joined the black rights movement not because he wanted integration, it was because the Islamic nation wanted those who were black to be safe in their own community as well as, their own schools, churches, and support networks. Malcolm soon realized that the person he looked up to who was Elijah Muhammad was in relationships with up to six women in the Nation of Islam even having children with them. So he left the community and later was killed by Islamic followers for leaving. He was in front of a crowd and as a fight broke out in the audience his security left to break it up exposing him to the attackers who tried attacking before, the attackers got him this time shooting him 15 times. He died when he got to the hospital. I chose Malcolm X because he was a very strong individual that helped shape this country as it is today. He let everyone live freely. Although he died before he got to see it everyone is allowed to live the way he/she chooses which he fought for.

The purpose is to persuade someone to be creative and basically to not live a boring life. To take chances. The audience is basically everyone except or kids really. Maybe like teen girls and boys because lady gaga is in it. Teen girls because they want their dad to get it. Married couples because they want to get a ring or necklace. Boyfriend and girlfriends because they would like to get married. The purpose is that Tiffany & Co. is trying to gain popularity. Also Lady Gaga is showing everyone that it is fine to be a rebel or being creative.

The purpose is to entertain the audience. The audience are adults and those who have new licenses because they are obviously looking for a car. It could also be towards those who love the environment because the car is a hybrid. The stance is trying to make people purchase the new kia. Also it helps tremendously that the car is a hybrid because it’ll draw in way more people.

The purpose is to entertain people with the funny skit. The audience is leaning towards sports fans because their is a football player in it which is funny. The audience could also be teens who are looking to buy a new car. Also car fans because they are looking at the new Buick models possibly looking in to buying one. The stance is Buick persuading people to buy their car. Also to gain popularity by having young actors in their commerical.

In recent discussions of Gay rights around the World, a controversial issue has been whether

LGBT people shouldn’t be allowed civil rights  or LGBT people to live freely and choose what they want to do in their life.

On the one hand, some argue that people in the LGBT community should be punished for being gay in foreign countries.

From this perspective, LGBT would be treated ten times worse in life..

On the other hand, however, others argue that LGBT people should be allowed to live the life they choose for themselves including marriage.  In the words of one of this views main supporters, “ In 2011, British Prime Minister David Cameron, who bucked the majority of his Conservative Party by supporting gay marriage, signaled that Britain might restrict foreign aid to members of the Commonwealth that discriminate against gays.” (KIRCHICK 1).

According to this view, foreign countries are cracking down on homophobia and bills that ban homosexual relationships, even going to the far extent to cut off foreign aid.  In sum, then, the issue is whether certain countries should allow civil rights and LGBT people to live freely or LGBT people should be punished for being gay..

My own view is that people shouldn’t be punished for being gay because its their life and they get the do whatever they choose to do.

Though I concede that just because a country has a ban on gay relationships, I still don’t believe foreign aid should be cut because innocent people don’t have a say in what government officials side with, I still maintain that LGBT people should be allowed to live their lives regardless of their sexual orientation.

For example, people may be allowed to live their homosexual lives safely and will feel more confident about being homosexual.

Although some might object that men and women who are gay should be imprisoned, I reply that just let them live their lives it doesn’t matter to you if they’re gay because at the end of the day we’re all human.

The issue is important because LGBT people are treated with respect, if resolved LGBT people live a better life, LGBT people won’t be scared to live their lives.

This activity is used to create or copy a symbol or thing that represents us or something we like to do. The photo is a snapchat logo. I chose to do the snapchat logo because it is a very major thing in my life. I use it every single day. I became close to my friends on it. I also made a couple. I love using the snapchat filters. I love taking selfies and pictures with my friends on it. I love making my a snapchat story with my friends. It makes me smile and be happy. When i feeling down I want people’s stories and laugh hard af. I like taking group pictures with people. I never use it for catching fights or inappropriate things. When I need help with things in a class I can easily snapchat my friends for help. I am grateful for the

founders of snapchat for making such a beautiful thing. I love using it because it makes me happy it has endless possibilities. I can right a paragraph to someone to make their day. I can snapchat my mom when i miss her.  The sculpting process was extremely easier than the writing part. The writing part was a little hard like in every assignment I’ve had this year because so many things come to my mind but few make it on my paper. This was a very fun project or assignment because it gave me a better understanding on creating things and writing about it. It also showed me how much snapchat means to me.

I chose this topic because right now its a very big topic in the world at the moment. Many people feel as if laws will change with the new present elect Donald Trump. There are many different viewpoints on this subjects, but this poll has narrowed it down to these two: Pro-life and Pro-Choice which gives you a better understanding on how the people see abortion and its issues. I side with Pro-choice because put it in a way where a girl is raped and she ends up becoming pregnant, she would have to live everyday seeing that her baby’s father is her attacker. What if the baby has a rare condition where as soon as the baby comes out he/she dies. Yes it is devastated that the baby would die but the mother would have to see her baby die either way. I do hope that with the new president and all the women of the US have a saying in their choice of having the baby or not.

I choose a care bear because I am a nice and caring person. I have always been a caring person. Also care bears are my spirit animal. Caring is a great feature in life that I feel everyone should have. All the words in my word cloud are just a few of the words that describe me as a person.

I choose a care bear because I am a very caring person that respects everyone.

I am thankful for food

I am thankful for everyone who is always by my side

I am thankful for my friends

I am thankful for my teachers

I am thankful for my family!

I am thankful for my sister

I am thankful for my self!!

I am thankful for the world!

I am thankful for technology

I am thankful for the up and coming scientific discoveries

I am thankful for my bestie Vivi ❤

I am thankful for orange is the new black

I am thankful for my phone

I am thankful for my health

I am thankful for the best hard working parents in the world!!